We recently completed an extensive oral restoration on one of our patients. This included an upper new teeth bridge on six dental implants and full arch lower crowns. His transformation has been dramatic, and we asked him if he would share his story with our readers. After all, we can tell you all about the clinical details of dental implants, but it’s useful to hear how the process and results have been from a patient’s perspective – dental implants: a patient’s story.

Richard’s* teeth were substantially damaged. Over the years, accidents and neglect had resulted in major tooth and gum decay. He wore an upper plate and his lower teeth were in very poor condition.

“Although I wore a plate I couldn’t chew properly with it,” says Richard. “There were so many foods I couldn’t eat that I lost weight and eating just became a real chore. It was also uncomfortable to wear and even talking wasn’t easy.”

Richard decided to look at the alternative option of dental implants to give him back his quality of life. He did extensive research on implant providers both in Auckland and overseas. “I had a series of consultations and appointments with an Auckland dentist and it seemed like an ideal solution but the cost was major. I even looked at Thailand as an option but I wasn’t keen to risk it in case of post-surgery complications and a general lack of any after-care. I’ve heard stories about overseas oral surgeries (as well as other surgeries) going horribly wrong afterwards and just didn’t want to take that risk.”

It was almost a year ago when Richard first consulted with McIntosh Dental. Right from the beginning he felt like he was in good hands: “I met Dr McIntosh and his team and was really impressed by their professionalism. There was a good atmosphere and they gave me really clear explanations about the dental implant procedures. And the cost was substantially less than the quote I had previously received!”

The treatment journey wasn’t easy – Richard’s restorative work was done in stages over quite a number of appointments. And to make matters worse, COVID reared its head and lockdowns caused delays and interruptions to his treatment when only emergency dental care could be provided. But now, nearly 10 months later, Richard’s treatment has been completed and he is stoked with the results.

“I can eat anything and everything,” he says. “I finally have a great ‘bite’ back so there are no more restrictions to my diet. I can smile, talk clearly – my life has totally changed now.”

But what was the dental implant process like? “The McIntosh Dental team kept me really well informed about what to expect at each stage and appointment. Lots of information, clear explanations, took their time covering off any questions I had. The pain was actually less than I expected. I followed their recommendations and found it pretty manageable. The team were great at keeping in constant contact with me so I felt like it was a really hands-on experience.”

And how is the post-treatment care going? Are the dental implants difficult to take care of? “It’s actually really easy,” says Richard. “I definitely got the full oral care lecture but I don’t want to jeopardise everything I’ve been through. I took their recommendation to invest in a water flosser which is great and really easy to use. I’m making a big effort to maintain good oral health now and I’m in a good routine so it’s going well.”

We are delighted that Richard’s dental implant journey has been successful both physically and in restoring his quality of life. Patient transformations are one of the best parts of our jobs. 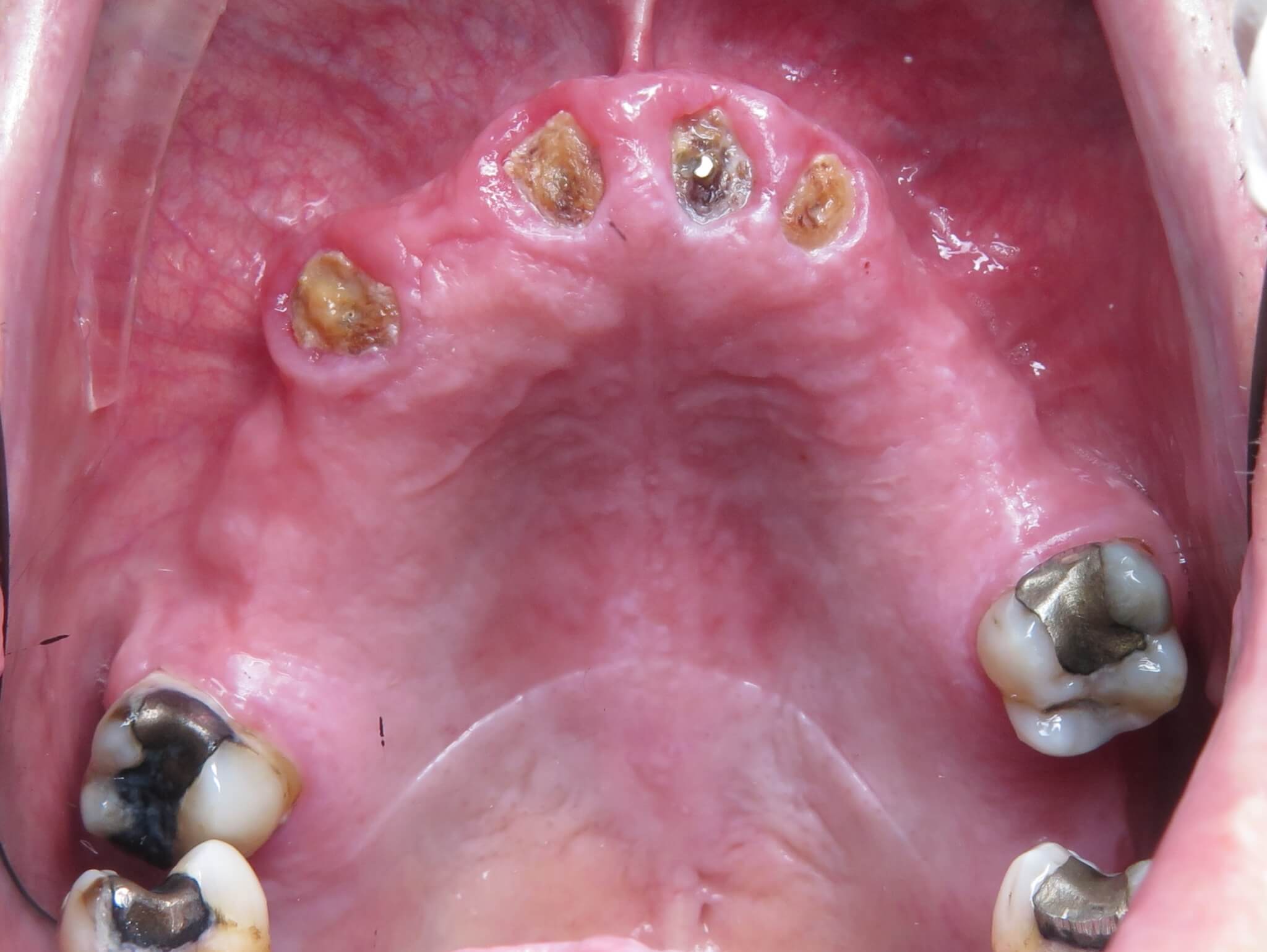 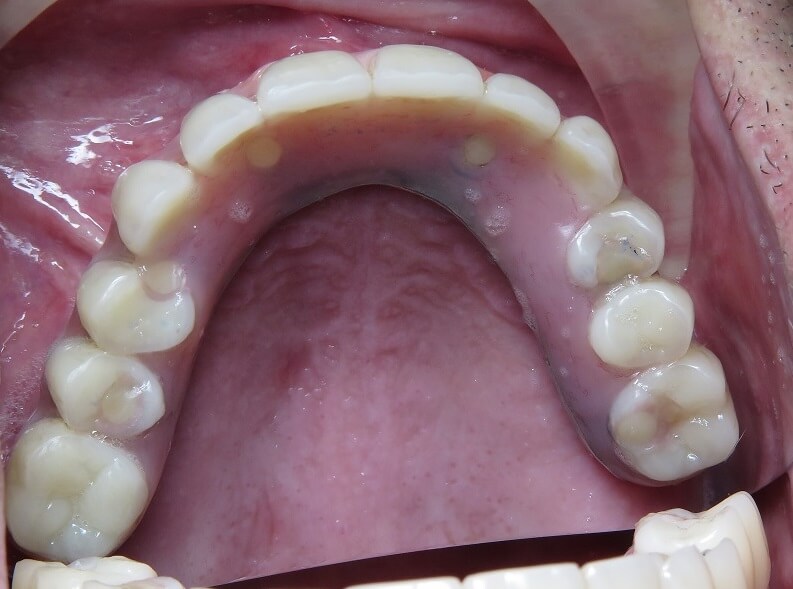 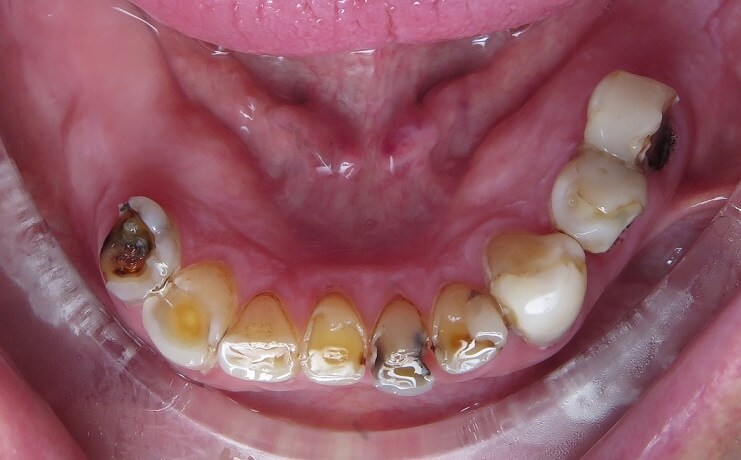 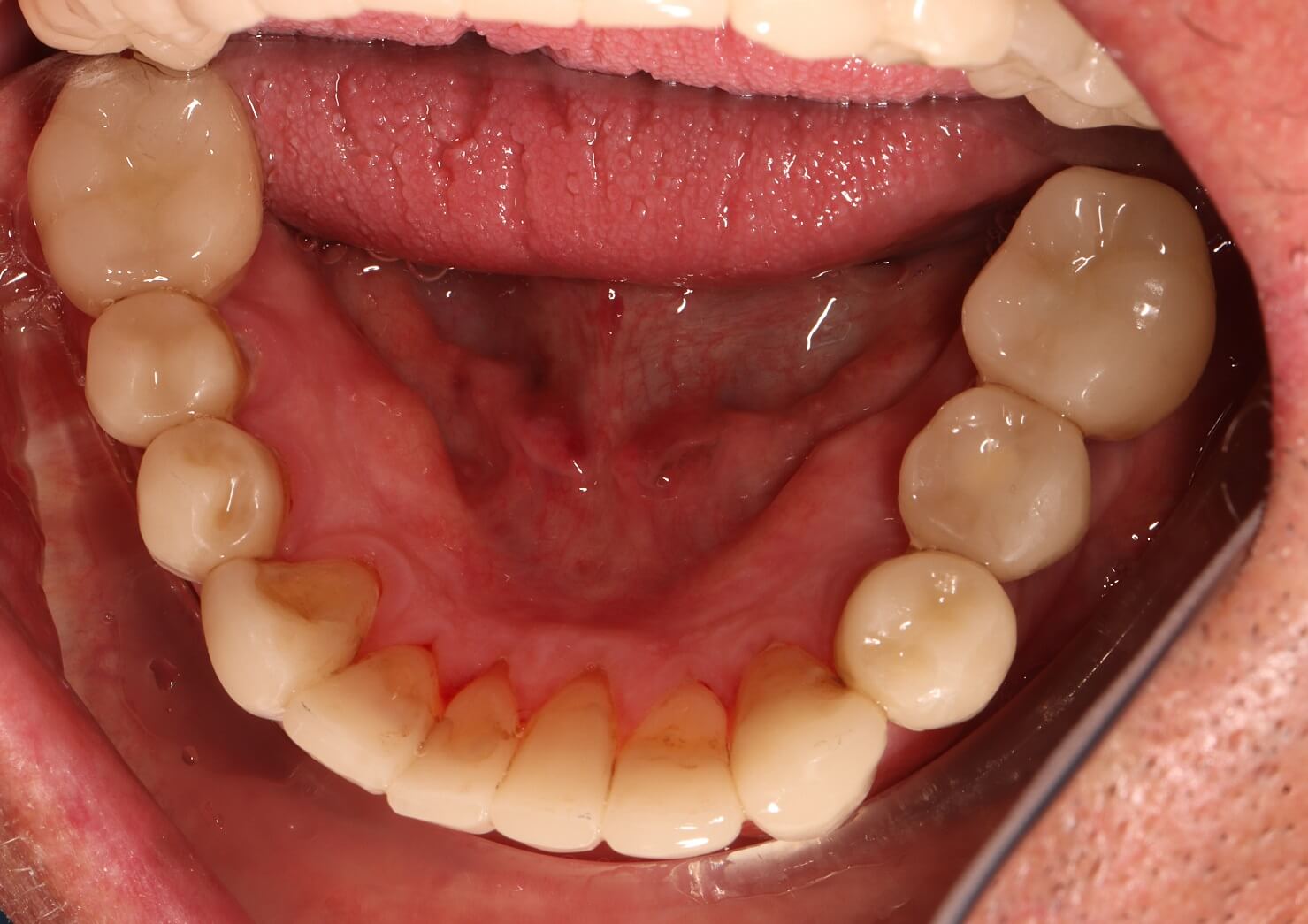 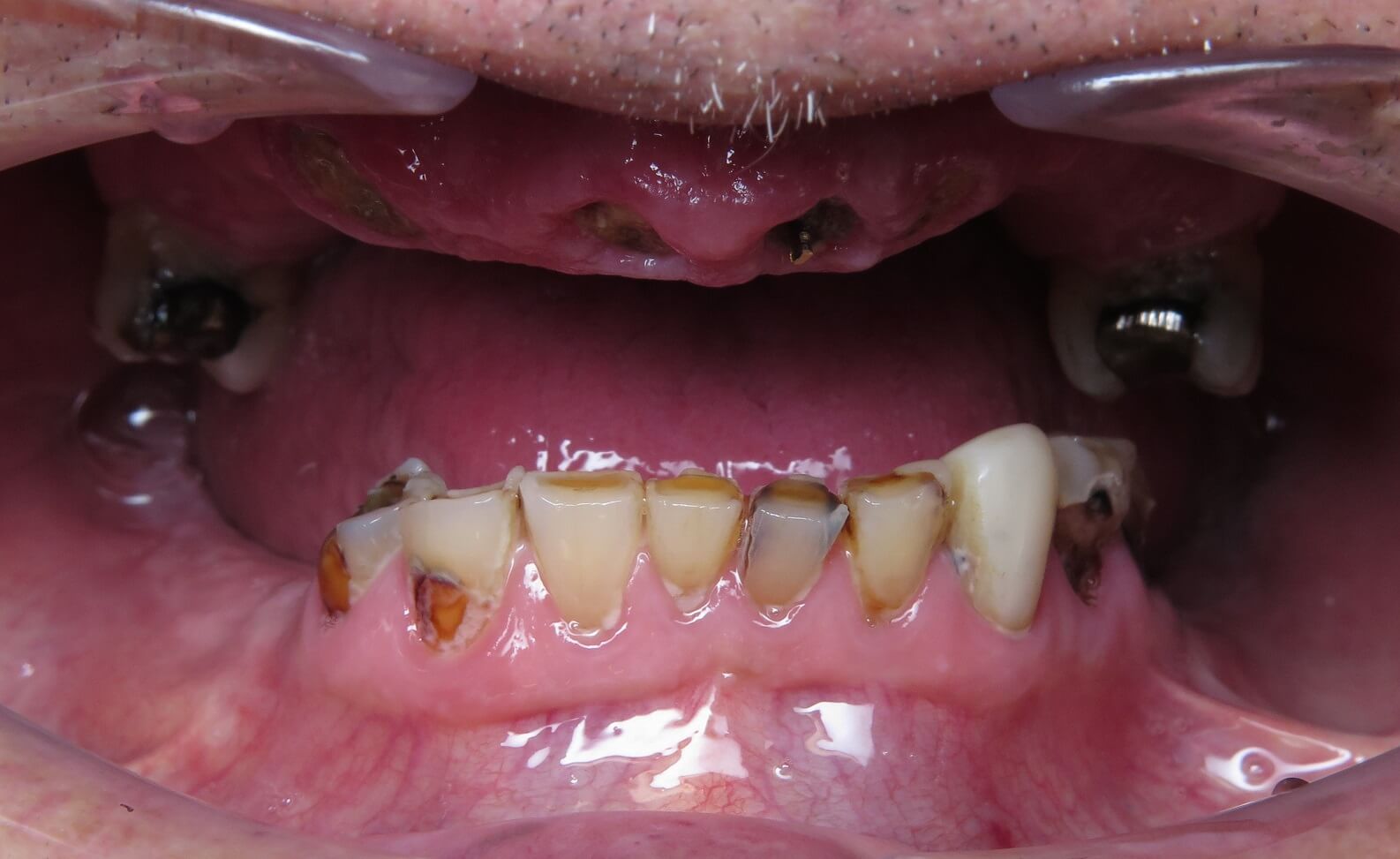 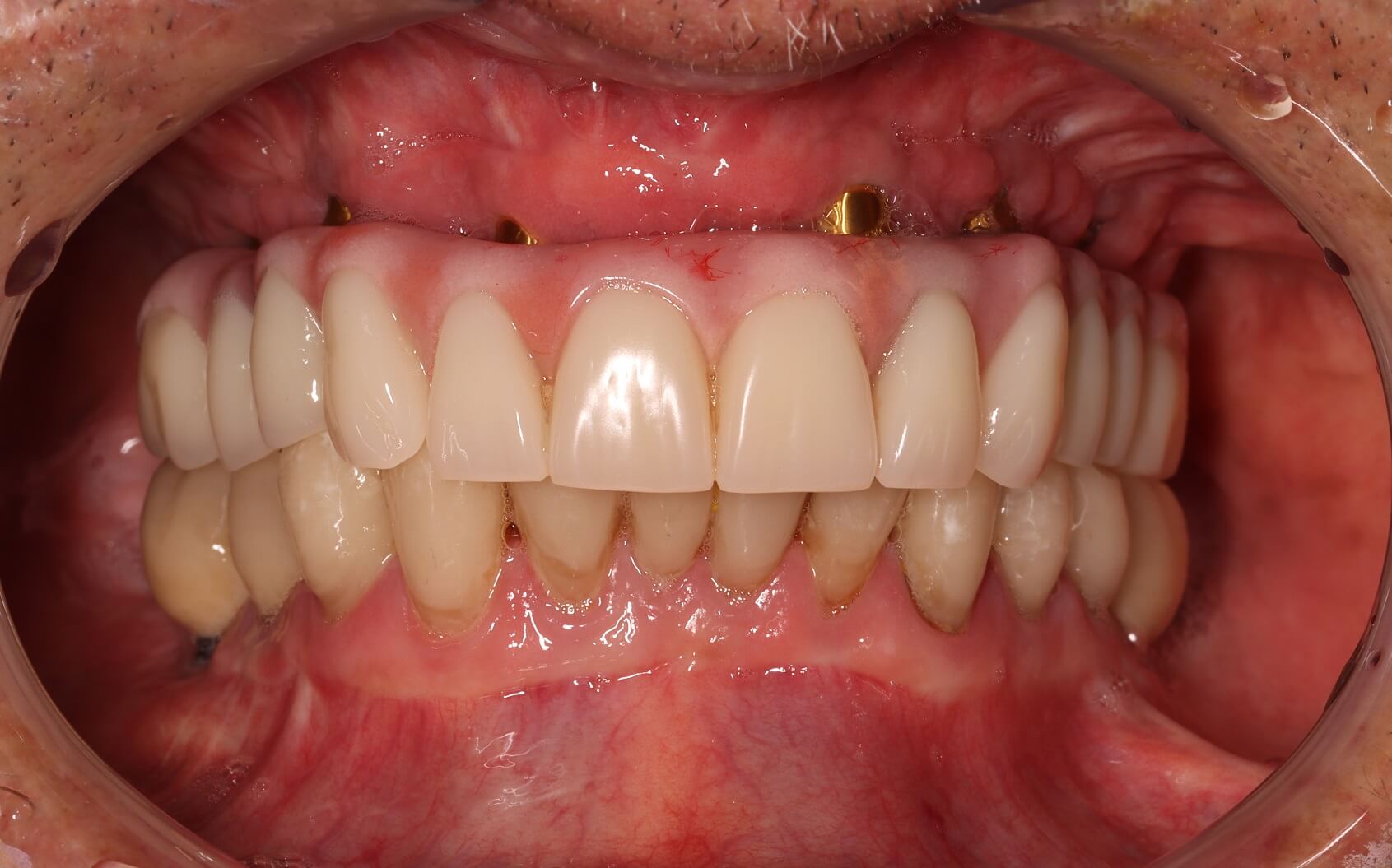 For the latest news, advice and events

McIntosh Dental was established in 1987 on Lincoln Road, Henderson. Today McIntosh Dental is at the forefront of the dental profession with advanced technology and a leading team of over 20 dental experts.

Happy Friday and stay safe from the McIntosh Denta

The demand for dental hygiene appointments to have